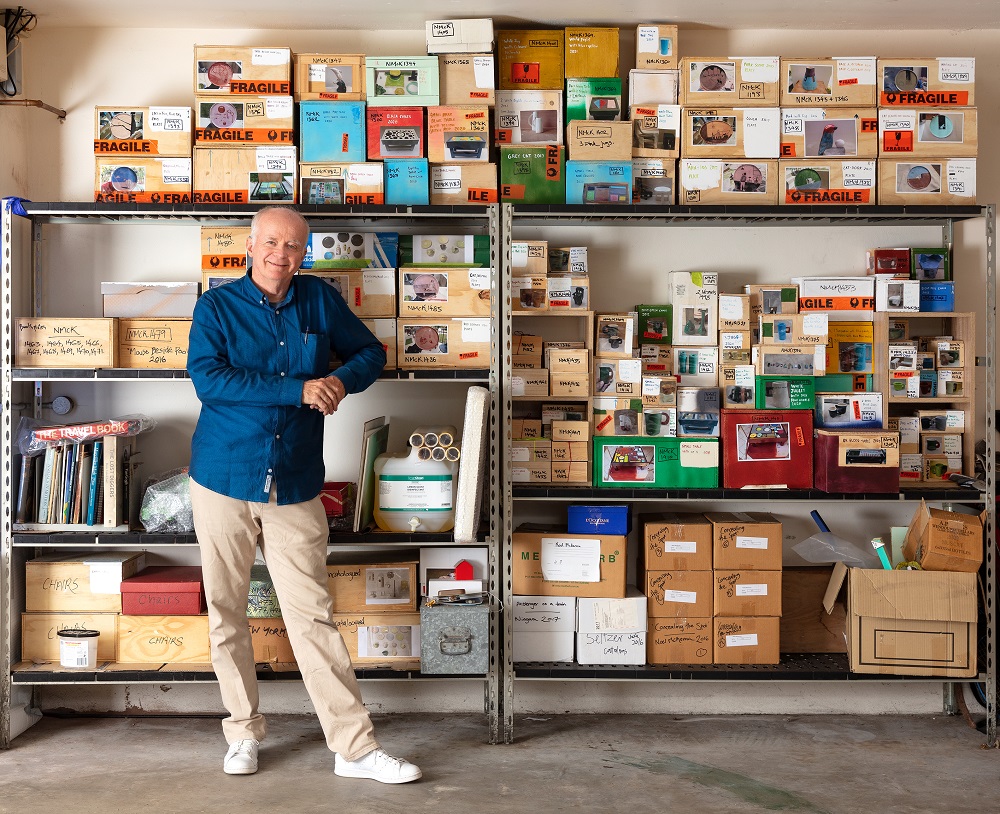 Noel McKenna in his studio 2021, photograph by Simon Hewson

Noel McKenna was born in Brisbane in 1956 but has lived in Sydney for the past 35 years. After studying architecture at the University of Queensland in 1974 and 1975, McKenna transferred to the Brisbane College of Art. In 1981 he moved to Sydney to study at the Alexander Mackie College. He is known for his iconographic works that examine his version of suburban culture in its many guises. In particular he is interested in the everyday, the unobserved, the underappreciated and the neglected. McKenna’s practice traverses across media from drawing, prints, sculpture, painting, and both functional and non-functional ceramic ware all with the same purpose – to create art that provides a set of everyday images and ideas that make us question our own sense of self.